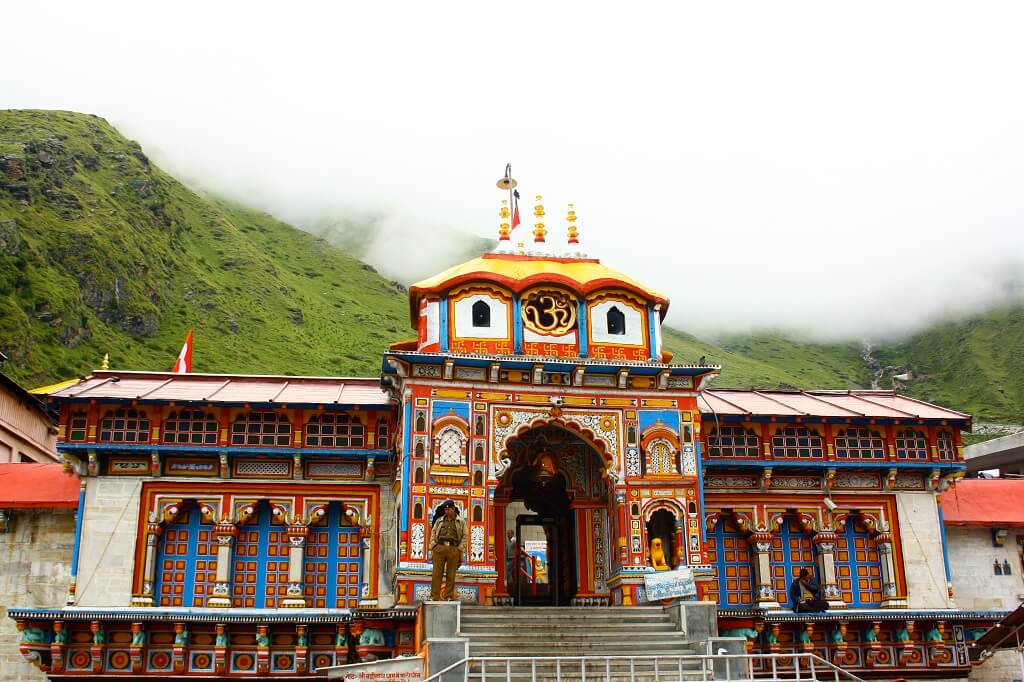 Badrinath or Badrinarayan Temple is a Hindu temple. This temple is dedicated to Lord Vishnu, this temple is located in Badrinath city of Uttarakhand in India. Badrinath Temple, Chardham and Chhota Chardham are one of pilgrimage sites. It is situated between the two mountain ranges named Nar and Narayan on the left bank of the Alaknanda river. This is a badri from Panch-Badri. In Uttarakhand, Panch Badri, Panch Kedar and Punch Prayag are important in terms of mythological and Hindu religion. This temple is dedicated to Badrinath as Lord Vishnu. It is situated in north direction on 214 kilometers away from Rishikesh. Badrinath temple is the main attraction in the city. This temple of Lord Vishnu built in ancient style is very spacious. Its height is about 15 meters. According to legend, Lord Shankar discovered the image of Badrinarayan on a black stone in the Alaknanda river on the stone of Shaligram. It was originally made in a cave near the hot troughs Hot Springs.

In the sixteenth century, the king of Garhwal raised the statue and brought it to the present Badrinath temple and established it. It is also believed that Adi Guru Shankaracharya had constructed a temple in the 8th century. According to Shankaracharya’s arrangement, the temple priest is from the southern state of Kerala. There is a huge temple of Lord Vishnu and the entire temple is situated in the lap of nature.

This temple is divided into three parts, the sanctum sanctorum, the Mandir Mandand and the Golamandap. There are 15 muratiyas in the temple of Brienath ji. At the same time, there is a statue of a tall black stone of God Vishnu in the temple. This temple is also called “Vaikuntha of Earth”. In the Badrinath temple, offerings of vanushulasi beads, gram dal, gram gola and sugar candy etc. are offered.

Establishment of Badrinath Temple according to folk tales: –

According to legend, this place was arranged in the form of Lord Shiva land (Kedar Land). Lord Vishnu was searching for a place for his meditation and he got very much near the Alaknanda. He took the child form near the confluence of the Rishi Ganga and the Alaknanda river (near Nilkanth Mountain) at the present stage of footpath and started crying.

1.According to legendary beliefs of the Badrinath temple, when the river Gangeswas being transmitted on earth, the river Ganges was thrown into 12 streams. Therefore the current stream on this place has become famous as the name of Alaknanda. And this place Lord Vishnu made his place of residence and this place was latercalled “Badrinath”.

2.Badrinath temple is also recognized that in ancient times this place used to befilled with berro trees. Hence the name of this place is Badri Van. And it is also said that in this cave, “Vedavas” wrote the Mahabharata and this place was the last stop before Pandavas went to heaven. Where they stayed.

4. The recognition of Badrinath Dham is that Lord Shiva was liberated from Brahmakilling in Badrinath. The memory of this event is known as”Brahmakpal”. Brahmakapal is a high rock. Where sacrifices are made of broth, Shraddha is done. It is believed that here, liberation is attained by the Shraddha.

5. About this place it is also said that at this place, the part of Lord Vishnu andNarayana had done penance. Male was born as Arjun and Narayana Shri Krishna in the next life.