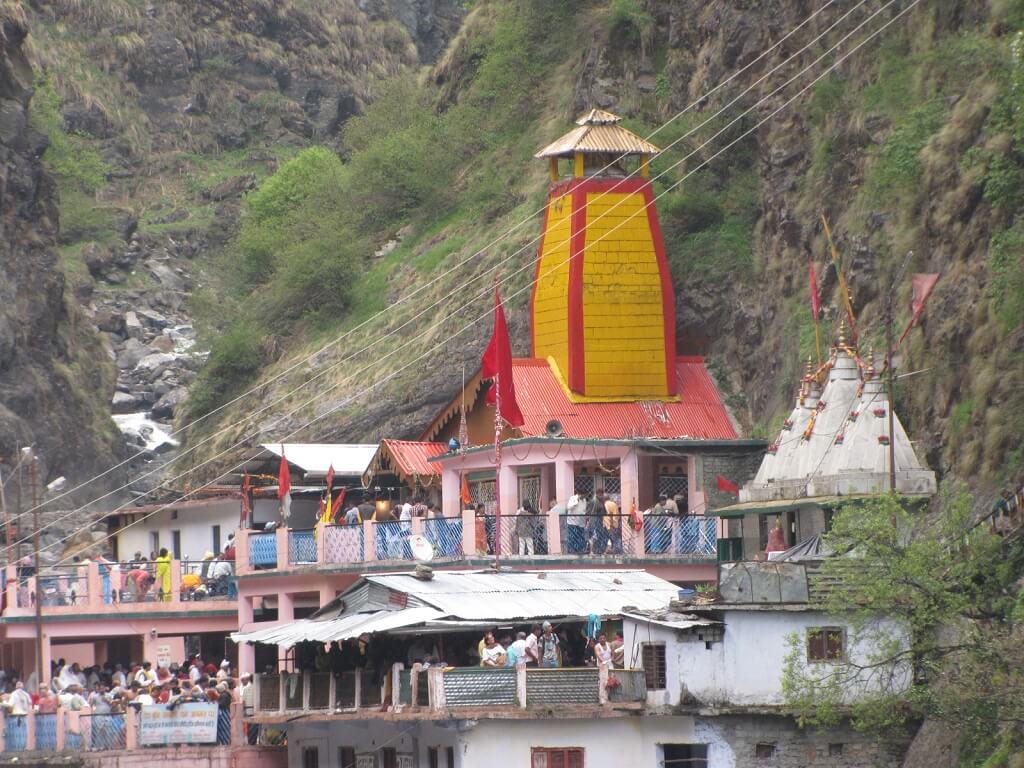 “Yamunotri Dham” is situated in the Himalayan Mountains Shankhlaoyo, one of the four dhams of Hinduism. Yamunotri Temple is situated at an elevation of 3235 meters above sea level in the Garhwal Himalayas. This temple starts with the first hymn of the journey of four dham yatas i.e. and this is the first stop of this Dham Yatra. The history of Yamunotri Dham, that is, the temple was constructed by Maharaja Pratapshah of Tehri Garhwal in 1919 while devoting the goddess Yamuna. The Yamunotri Temple has been completely destroyed once a week. And this temple was rebuilt in 19th century by the “Maharani Gularia” of Jaipur.
The real source of Yamunotri is a lake of snow and glacier (Champasar Glacier). Which is situated at the height of 4421 meters from the sea level on the Kalind Mountains. In the main curve house of the temple, the idol of the Yamuna of the black marble is occupied. This temple is worshiped by Yamunotriji with the complete law. Body donation has special significance in Yamunotri Dham. The devotees donate the body of their ancestors in the premises of this temple.

Yamuna river is the daughter of Sun God and the god of death is the sister of Yama. It is said that on the day of Bhaiyajad, a person who baths in Yamuna, gets liberation from the Yamtharas. This temple is also worshiped in Yama. The history of Yamunotri Dham has also been described in the Vedas of the Hindus, like: – Kurmpurana, Kedarkhand, Rigveda, Brahmand Puran, then Yamunotri has been called “Yamuna Prabhava” pilgrimage. It is also said that at this place the ashram of “Saint Asit” was according to the Mahabharata when Pandavas came to Uttarakhand’s pilgrimage. Then they first Yamunotri, then the Gangotri had moved towards Kedarnath-Badrinathji, from that time the Char Dham is traveled in Uttarakhand. And the history and recognition of the Badrinath temple of Chardham yatra! Know about Lakhs of pilgrims and pilgrims come to this place to visit Yamuna Devi, during the months of May to October between the months of October.