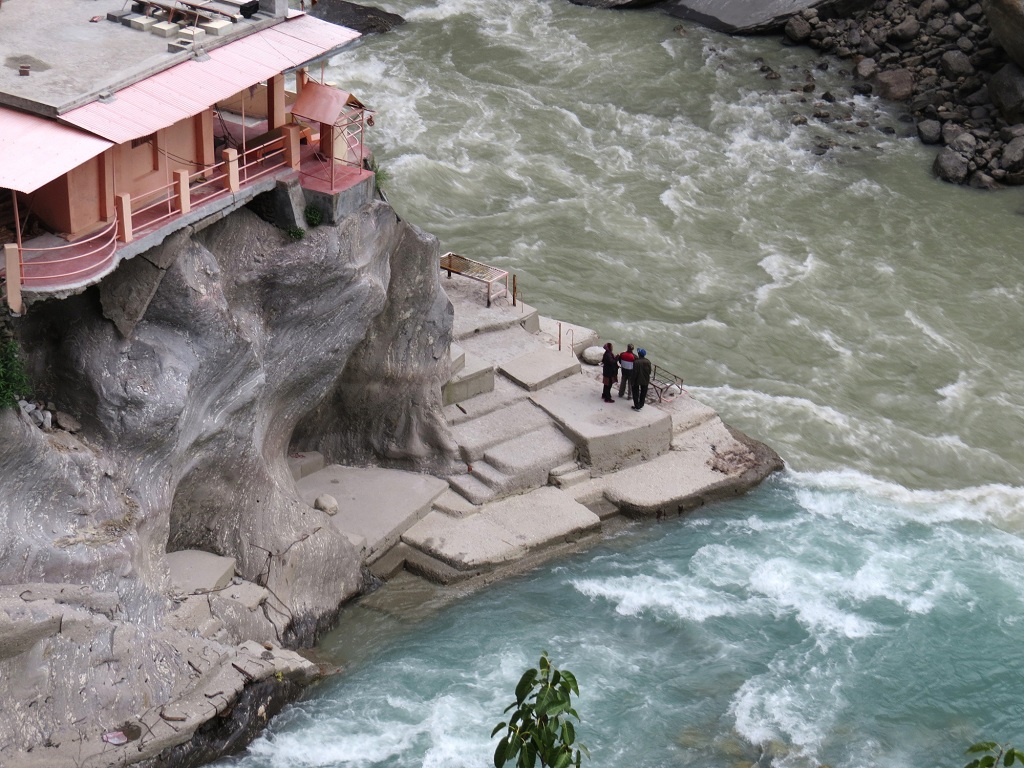 “Vishnuprayaag” is located at the confluence of the Vishnu Ganga (Dhauli Ganga) and the Alaknanda rivers. The place of origin of the Alaknanda is “Satpanth” and the source of the river Dhauliganga is “Policy pass” and it is found in Alaknanda with a great deal. It is located on the Joshimath-Badrinath motorway.

Vishnuprayaag is located 12 km from the motorway ahead of Joshimath and 3 km from the pedestrian area. At this holy place on the confluence of Mandakini and Dhauli Ganga, Narada had pleased Lord Vishnu with chanting of Ashtakshari and it is also said that Lord Vishnu Narsingh had been in the incarnation of the incarnation here. The ancient temple and Vishnu Kund are beautifully decorated with Lord Vishnu statue at the confluence. After the Devprayag in Punch Prayag, special significance of “Vishnuprayag” is considered.

Vishnuprayaag is named after Lord Vishnu. According to the belief of Vishnu Pryag, it is said that Narada Muni had done penance of Lord Vishnu at this place and Narada Muni chanted Pankshari Mantra in asceticism and in order to present himself to Lord Vishnu Narada Muni, Narada Muni Were in front of us.

There are two mountains on right and left in Vishnuprayaag, which are known as the gatekeepers of Lord Vishnu, “Jai” and “Vijay”. Of these, the right mountain is considered “Vijay” and “Jai” and the left mountain. (History of Vishnuprayaag, mythological beliefs and attractions)